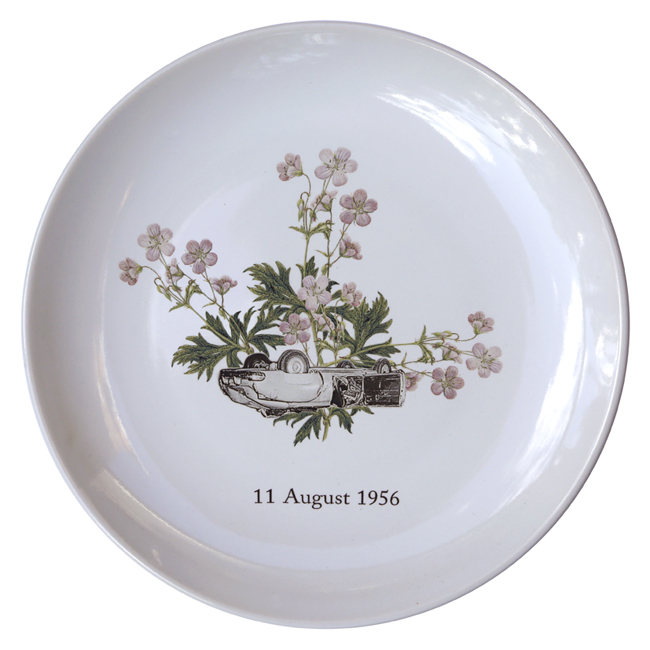 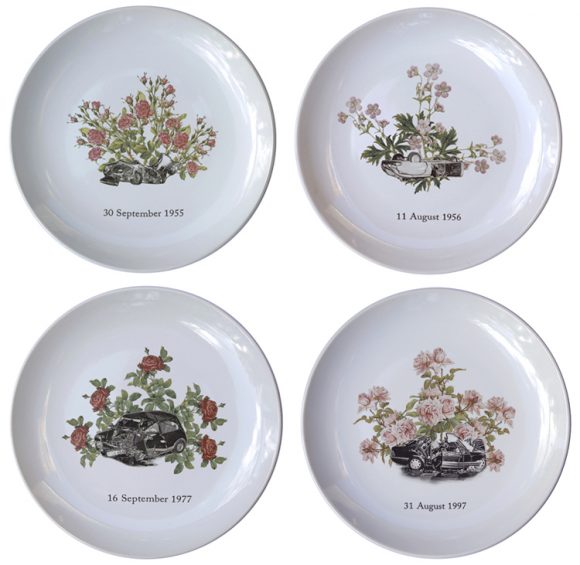 This series was made for The Plate Show at M16, though I had been thinking about making the work for some time. During my PhD research I was exposed to a lot of writing and artworks that explore the theme of the car crash, perhaps most famous amongst these is J.G. Ballard’s Crashed Cars exhibition of 1970 followed by his book Crash (1973).  I can’t say that any particular works inspired me to produce this series, but the ongoing public fascination with both celebrity and car crashes has intrigued me. As an object, the plate makes a clear connection to what we consume (as image and popular culture).

Rather than a plate to eat from the Unlicensed Plates are to hang on the wall and  are an irreverant reflection on the commemorative plates made by the likes of Franklin Mint, Royal Doulton, etc, all of which are marketed as special but designed for mass consumption. Often the art or design on such commemorative plates is a bit kitsch or tacky, but that kind of fits with the sentimentality that they are intended to serve. My plates are an edition (of 3) but are not commissioned or produced under any ceramic imprint so in this sense they are unlicensed. The theme of the work also makes them a bit off limits to the usual repertoire of memorial souvenirs. Each plate represents a celebrity from a different sphere: the movie star Jimmy Dean, the art star Jackson Pollock, the rock star Marc Bolan and the royal star Princess Diana. 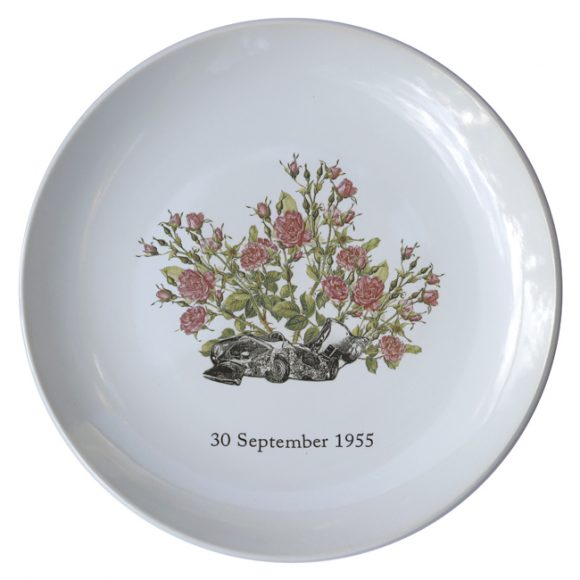 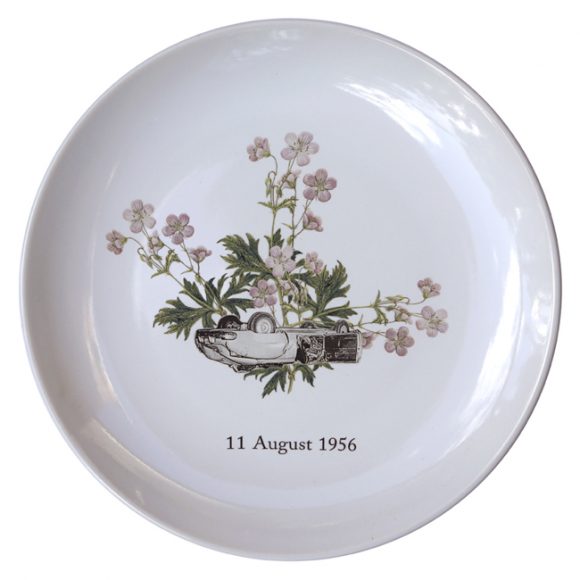 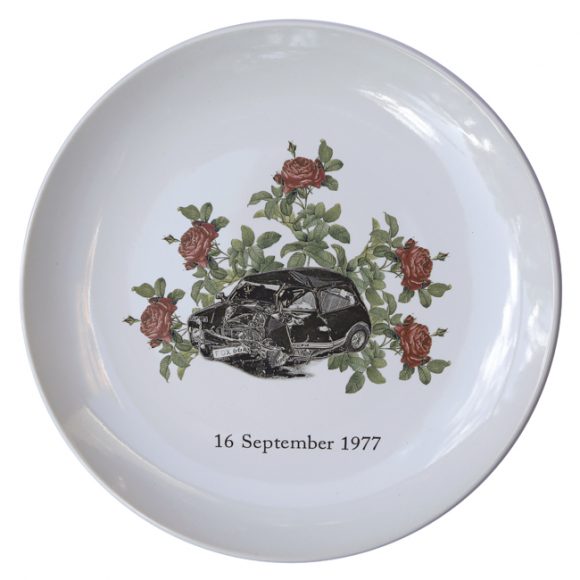 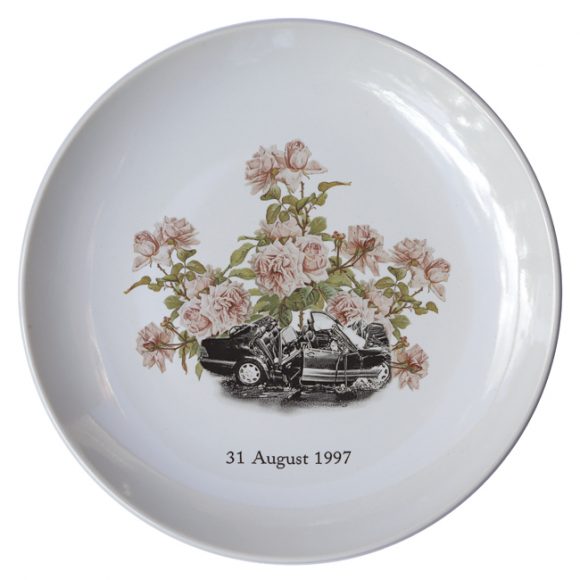