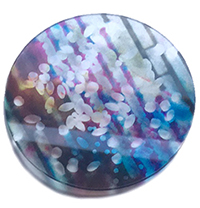 Recently I was invited  to make a work for a Magic Lantern performance at the Drill Hall Gallery as part of the Heritage in the Limelight project. Martyn Jolly and Elisa deCourcy of the ANU choreographed the whole event and provided various historic examples for me and other artists to look at and to trial our work in progress. The lantern slide was a surprisingly tricky medium to control, because the magnification highlights all sorts of details, from fibers stuck in the paint to the wobble of a brushstroke. I trialed a number of approaches and produced two sets of work, both of which had a moving element. The chromatrope that was shown was one from a series called TV Dinners. The images were made by printing photographs I had taken previously from pixelating television screens and printing them onto plastic discs using the ANU Inkjet facility flatbed printer. I used different seeds and legumes as stencils and layered the ink colour, knowing that the chromatrope is intended to turn or spin and work like a kaleidoscope. The discs are used in pairs so I played around with which discs worked best together. The title comes from the fact that a combination of tv and food made the images and also refers to the experience of sitting back and watching images that the magic lantern slide performance introduced and which is commonplace to today in the form of TV viewing. 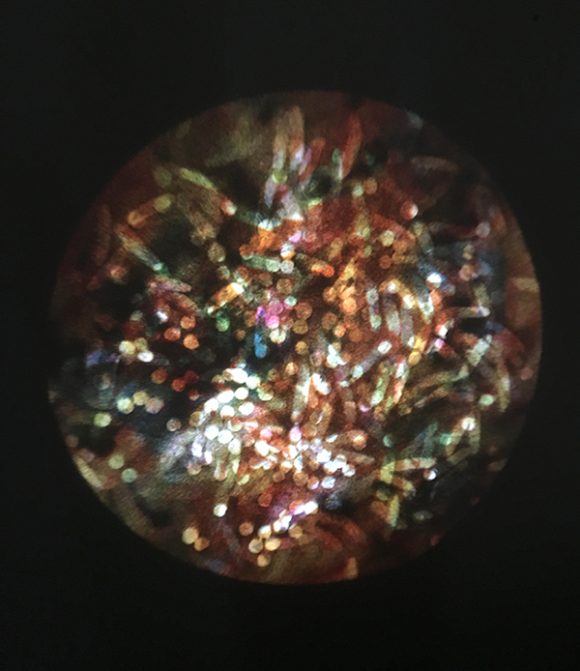