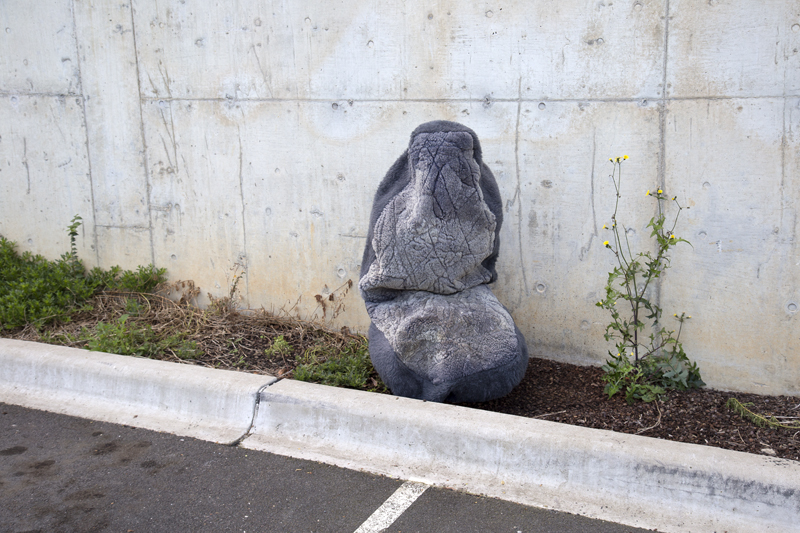 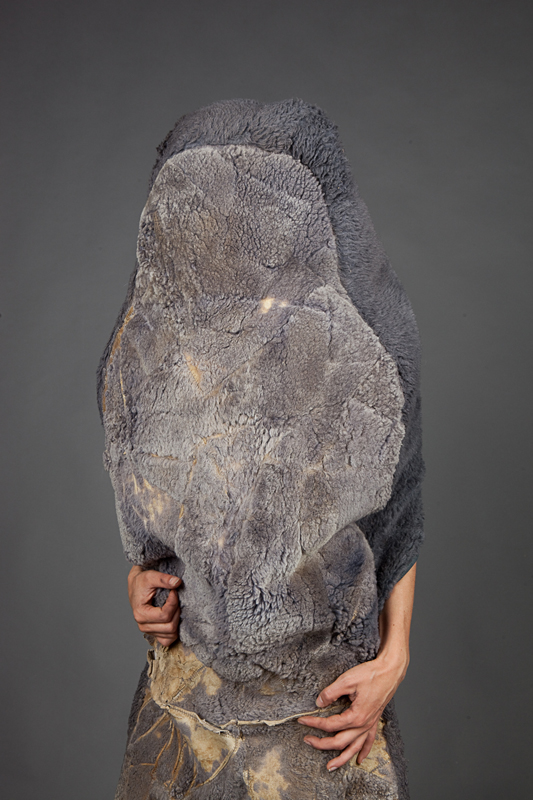 This body of work is a continuation of my previous collaborations with Katie Hayne, based around our Toyota Corolla. In this work the car seat cover, a remnant of a dead sheep, is brought back to life in a mysterious beast-like form. The work refers to the post-humanism of 21st century life, and the intermingling of the human form with the machine and other species and ecologies.  Here, the driver reanimates the car-seat cover, inverting the traditional relationship between the driver and the car seat and also inhabiting the sheep as ‘clothing’. The human body has become the car body and also alludes to a common association of cars with animals through their brand names—jaguar, mustang, colt, barracuda and colt.

The work was recently exhibited in Beauties and Beasts, which was dedicated to the memory of creative writer Dr Sandra Burr, who passed away in 2015. Sandra was a passionate advocate for animals and produced exciting research related to the relationship between the human and non-human worlds. 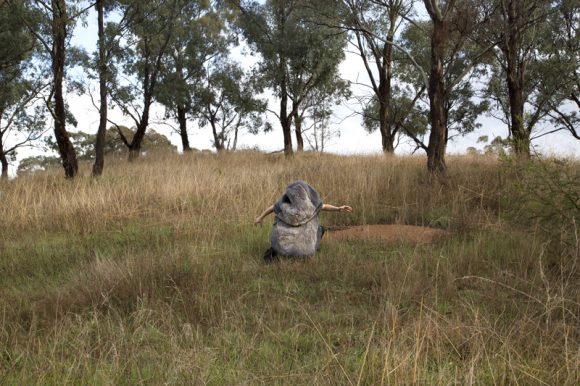 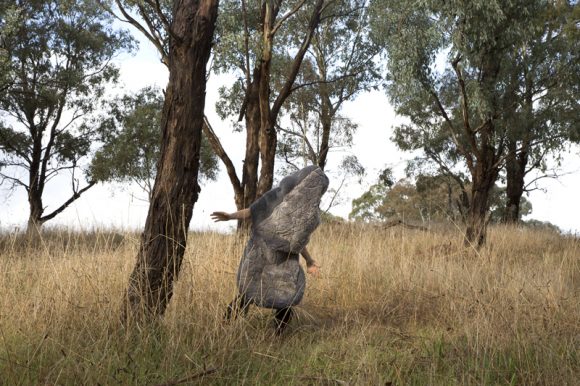 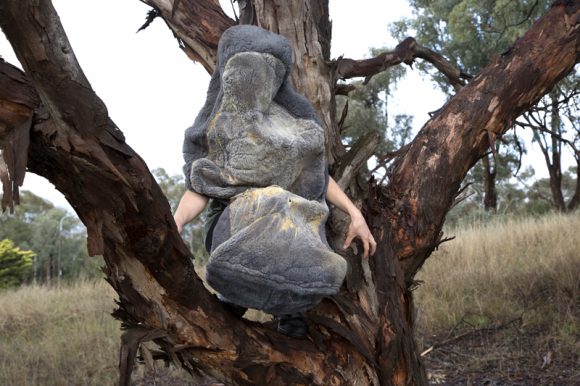 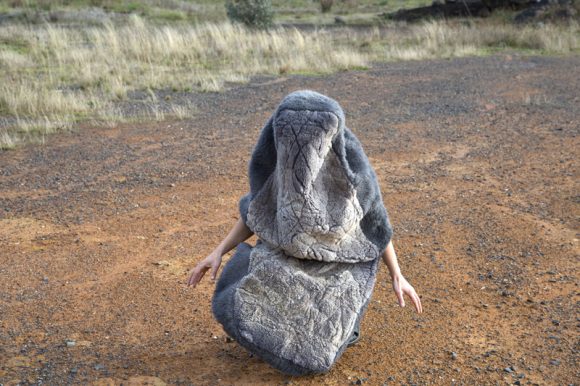 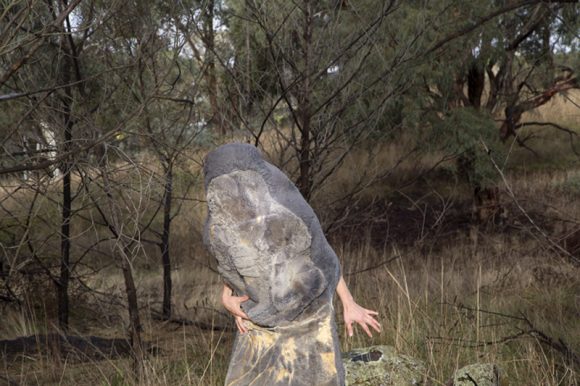 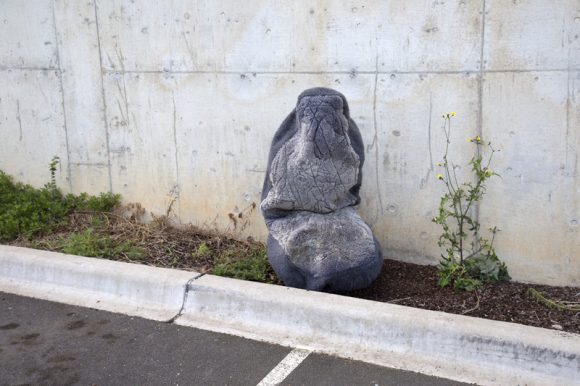